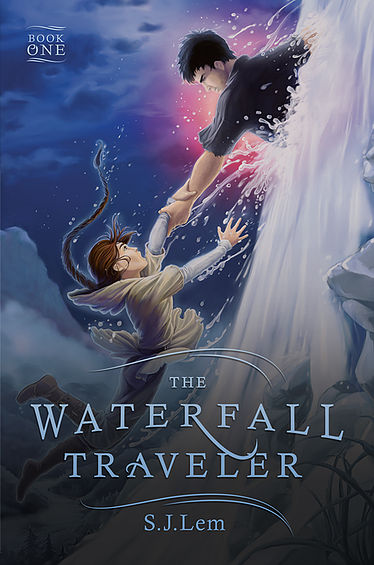 Go ahead, judge this book by its cover!

The world behind it is just as intriguing and mysterious as the cover will lead you to believe.  Ri just wants to cure her adoptive father Samuel, but two chance encounters in the woods lead her on a wild journey through worlds she never knew–and Samuel and his sickness are part of a much bigger tale.  And to top it off, a strange phenomenon called the Culling is wreaking fatal havoc wherever they go.

The characters immediately grow on you.  Ri herself had an element to her that I couldn’t quite place–but, no spoilers, you’ll actually find out why that is later in this book.   And, to leave us wanting more, that element is revealed in full in the epilogue, no doubt to be explored in the sequel.

Ri encounters and picks up a band of characters throughout her journey, and some very unlikely ones at that–which is probably why the journey is so “fun” as a reader.  The chemistry is really fun to explore, and most of them are driven by love, which generally redeems their sometimes darker sides.

I did have a bit of trouble with the pacing in the beginning, but it picks up speed as it goes along.  The places Ri and the team travel through, and what they find there will keep you itching to know more about the Culling, what it may or may not have to do with Ri, and what the gods have in store for them all.